Dedicated to obtaining justice for clients 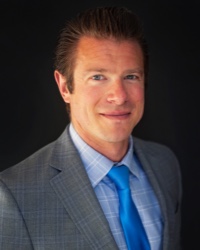 Attorney Karl Kolenich is a 2013 graduate of the West Virginia University School of Law. Kolenich earned a Bachelor of Arts from Baldwin Wallace College in Berea, Ohio, where he studied economics. He is a native of Cleveland, Ohio and was raised in Medina County, Ohio where he attended Cloverleaf High School.

Mr. Kolenich is a strong advocate and dedicated to obtaining justice for those who have been wrongfully injured. He is a member of the West Virginia Association for Justice. Kolenich has been with Klie Law Offices since it was founded and has been a practicing attorney here since his admission to the West Virginia Bar. Mr. Kolenich is also licensed to practice law in the state of Ohio. In his spare time, he enjoys auto events and cars.