A lifelong West Virginian standing up for clients 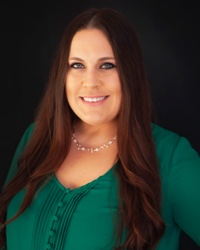 Attorney Ambria Britton was admitted to practice law in 2012 and has been admitted to the bar for the State of West Virginia and for the United States District Court for the Southern District. She is a 2006 graduate of Marshall University where she received a bachelor's degree in counseling. She is also a 2012 graduate of West Virginia University College of Law where she was an officer in several organizations, including the Alliance for Social Justice. Ambria has practiced Social Security disability law for the past six years and has represented over 1,000 clients in West Virginia and surrounding states. She has also worked in oil and gas law and completed advanced mediator training.

Ms. Britton is a lifelong resident of West Virginia. She enjoys spending time with her husband, Travis, and their 2 children. She is a bibliophile who enjoys traveling, baking, football, and any activities that she can take part in with her young children.