A zealous advocate for his clients 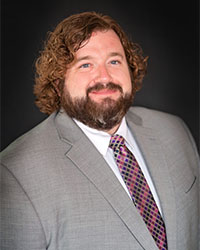 Mr. Britton has practiced oil and gas law, criminal law, and juvenile abuse and neglect law, but his passion and expertise primarily lies in family law, in which he has gained a reputation for being a zealous advocate for his clients.

He and his wife, Ambria (who is also an attorney at Klie Law Offices), have two children and love spending time with their family. Mr. Britton is also an avid outdoorsman who enjoys fly fishing, camping, hiking, and hunting in his spare time.