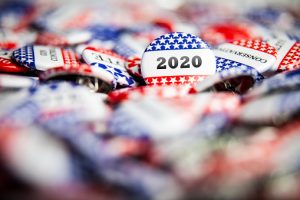 Attorney Erika Klie Kolenich of Klie Law Offices recently announced that she will be running for governor of West Virginia as a Libertarian in the 2020 election, My Buckhannon reports.

Kolenich is a Buckhannon native who graduated from Buckhannon-Upshur High School in 1997. She graduated from West Virginia Wesleyan College in 2001 where she majored in political science and dramatic arts. She then attended University of Akron School of Law in Ohio and graduated in 2004 before returning to her hometown.

Due to dissatisfaction with the current two-party system — which she acknowledged when registering as an independent voter — Kolenich opted to run on a third-party platform. The Libertarian Party appealed to her socially liberal and fiscally conservative views the most.

“I became a little bit disenchanted at the two-party system, especially nowadays. I feel like all that happens is the Republicans fight with the Democrats, and the Democrats fight with the Republicans,” Kolenich said. “I feel like the people that get lost in that fight are you, I and everybody else who’s just here, hoping that people in Charleston are doing their best to represent us. It’s become so political … there’s no compromise anymore.”

Like many residents of West Virginia, Kolenich doesn't want to see another career politician take office. That's what motivated her to enter the race for governor.

“I feel like the only options that we are given for governor are really these career politicians who have either been born into a lot of money, or have always been politicians, and have never done anything else,” Kolenich said.

Running on a Libertarian platform

Her platform is primarily based on the protection of personal liberties and private property.

“Any time there’s an issue to analyze, or policy to analyze, I would always defer to: what protects personal liberties and property rights? So, for me, that means decriminalization of marijuana, that means less regulation and less government involvement overall in the everyday lives of West Virginians,” Kolenich said.

Since 2004, Kolenich has represented hundreds of clients in civil cases, including personal injury, discrimination, and wrongful death cases. She sees a great deal of overlap in her career as an attorney and how she intends to represent the people of West Virginia.

“What I’m used to doing as a lawyer is analyzing an issue and gathering all the evidence…that would support that issue…what we have now is politicians picking a position before they analyze the evidence of an issue and that’s part of what’s losing people…I think that (my background in law) more than (anything) else qualifies me,” she tells WVVA.

For now, Kolenich must still gear up to be nominated to run against other candidates from other parties. The Libertarian Party will have its own election process in April 2020.

About our law firm

Klie Law Offices was founded in 2005 and proudly represents clients in West Virginia and Ohio. We handle employment cases, workplace discrimination and harassment, personal injury, and family law. With our law office located in Buckhannon, we offer free case evaluations to prospective clients and operate on a contingency fee basis, which means you don't pay unless we win your case. To learn how we can help you, contact us online.