Home > Blog > Can your employer ask about your pay history?

Can your employer ask about your pay history? 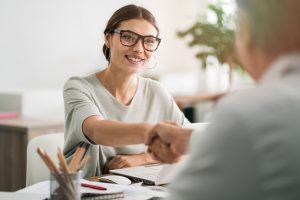 You’re in a job interview and get this question: How much money did your previous employer pay you?

While it may be easy to answer, it may be difficult to negotiate the salary you think you deserve after you reveal the number. Your new employer has leverage to lock you into a salary lower than someone else performing the same job.

Can it affect pay equality? Maybe.

So, is it legal to ask job candidates how much they made in their previous employment? In most parts of the country, including West Virginia, employers do have a right to ask the question.

But courts have been weighing in with different interpretations. In May 2018, a Federal District Court found that a Philadelphia law banning questions about prior pay violated free speech protections. But in a separate decision, the 9th U.S. Circuit Court of Appeals ruled that salary history cannot be used as a reason to pay a woman less than a man doing a similar job.

The issue continues to evolve across the country. Pennsylvania Gov. Tom Wolf in June signed an executive order that bans employers under his authority from asking a job candidate’s salary history. According to PennLive.com, Wolf said his decision stemmed from his desire to close the gender pay gap.

“If you’re allowed to ask someone what they make, basically you’re perpetuating the cycle of underpayment,” the governor said.

While the matter is complex based on the various court interpretations, it’s clear that the issue continues to evolve. More states and municipalities are seeking to bar employers from asking about pay history. Additionally, some large corporations including Amazon, Wells Fargo, American Express, Cisco, Google and Bank of America have decided to stop asking job applicants about their prior salaries.

Workplace discrimination can come in many forms. Some employers may use your salary history to discriminate against you – and pay you less than someone working a comparable job. That’s not fair. As experienced employment attorneys, we help our clients cut through the legal weeds to ensure their rights are fully protected.

If you have questions related to pay discrimination, we encourage you to contact Klie Law Offices for a consultation.