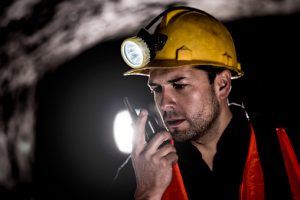 Last year, there were more coal mining deaths in West Virginia than anywhere else in the U.S. There were four fatalities last year and another two people have already died this year, according to CNN. Miners also face myriad injury risks while working in coal mines. It has taken decades to develop mine safety rules and regulations aimed at reducing injury, illness, and death rates.

Now, however, CNN reports a bill has been introduced on the state level which would eliminate enforcement of state mining safety regulations. Unions are reporting the passage of this bill would set the clock back years when it comes to coal mine safety. Many more miners could potentially be put in serious danger if the rules are changed.

It remains to be seen what the outcome of this proposed legislation will be, but the current regulatory climate on the federal level makes the threat of a state regulation rollback even more of a serious threat. President Donald Trump has been focused on cutting regulations to get coal miners back to work, but his efforts to restore the coal industry could potentially come at the cost of getting rid of important safety regulations.

If laws changed and miners are less safe, they will need to know their rights in case something happens. An injury attorney can provide advice to both coal miners and their families about legal options for compensation claims for a mine-related injury, illness or wrongful death.

According to CNN, Senate Bill 582 is the proposed West Virginia legislation that would roll back enforcement of mine safety rules by local authorities. The bill was introduced by state senator Randy Smith. He believes the state should default to the federal standards and apply federal, not state, regulations related to fire protection, mine ventilation and investigation of accidents at mines.

The bill would remove responsibility for mine inspections from state investigators. Instead of investigating working conditions at coal mines, the local mine investigators would instead make "compliance visits" and would offer education on safety issues. These investigators would also visit mines only once per year, rather than visiting the mine four times annually as inspectors are currently required to do.

It is not just investigators who would be stripped of their power either. State regulators would also be prevented from establishing safety rules but would be allowed to "study and adopt policies on improvements to the health and safety of miners."

As if this is not enough of a regulatory rollback, Senate Bill 582 would also eliminate the Coal Mine Safety and Technical Review Committee, the West Virginia Board of Coal Mine Health and Safety, and the Board of Miner Training, Education and Certification.

The state senator who introduced the bill said he'd prefer to roll back federal regulations. However, because this isn't likely to happen, he urged the state to simply allow the federal rules to apply.

West Virginia coal miners who suffer injury or illness as a result of mine-related hazards should talk with an experienced injury lawyer in West Virginia.