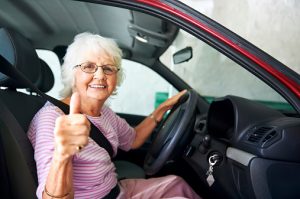 As reported by the West Virginia Center on Budget & Policy, West Virginia has the second-largest senior population (65-and-older) in the country, and that's only going to grow as the Baby Boom generation reaches their golden years. As of 2014, about 16 percent of the state's population was over 65. By 2035, that figure will increase to 1 in every 4 residents. That shift is going to have an impact on numerous fronts, including our roads. Car accident statistics have been rising in recent years, and we in West Virginia are likely to see a continued upward trajectory.

Although older drivers often don't get credit for the many ways in which they are safer on the roads (i.e., they are far less likely to drink-and-drive, text-and-drive, speed, forego their seat belts or drive during peak rush hours), there are inevitably some ways in which their risk of a crash is higher. As the Centers for Disease Control and Prevention notes, drivers 70 to 74 have higher fatal crash rates (per vehicle miles traveled) than most of their younger counterparts.

Those over 85 have especially high crash rates. Age-related decline in vision, cognitive function, hearing and physicality (i.e., strength and reflexes) have an impact. So too does the fact that elderly drivers are more likely to be on medications, such as painkillers or antidepressants, that may impair their driving ability.

The CBP reported the problem may be out-sized in West Virginia, where approximately 45 percent of elders in this state have a disability, compared to 37 percent nationally.

ON Analysis by the AAA Foundation for Traffic Safety found that accident fatality rates per vehicle mile driven rose markedly after age 75. For teen drivers, it was about 2.68 per 100 million miles driven. That figure fell steadily as age increased - until age 75, when it shot back up to nearly 2.0. For those 80 to 84, drivers were at nearly an equal risk as their teen counterparts, and by the time a driver was over 85, the risk spiked to 5.46.

Although we tend to think of driving as something we do without much effort, the reality is it's a complex task that requires us to be mentally sharp and physically flexible. You must crane your neck when checking a blind spot, react quickly when a car slams on the brakes ahead of you. These are tasks that may become more difficult the older we get.

While many states have special provisions that require additional testing of senior drivers, our car accident lawyers know West Virginia isn't one of them.  The state merely requires motorists renew their driver's license every five years. There is no age-based renewal procedure, even when it comes to one's vision. Doctors are permitted and encouraged to report to the Department of Motor Vehicles patients whom they suspect may be unsafe on the road, but there is no requirement. Such reports are also accepted by law enforcement officers and family members.

Upon receiving one of these reports, the DMV may send a medical report to the driver, which must be completed by his/ her physician. Failure to comply may result in license revocation.