What's the Definition of Workplace Retaliation? 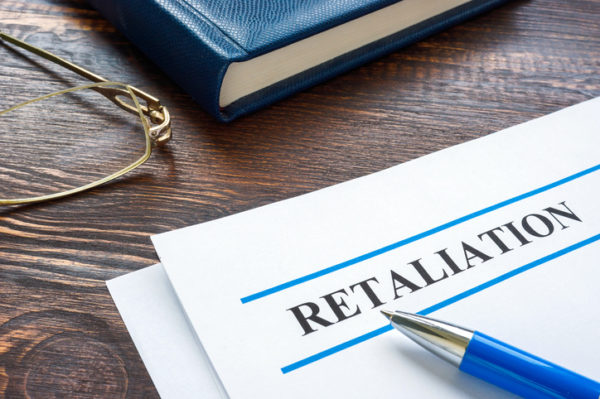 One of the biggest challenges for employees trying to protect their rights is fear of retaliation. That fear is not unfounded: according to the U.S. Equal Employment Opportunity Commission (EEOC), retaliation is far and away the most common discrimination charge filed at the federal level. Indeed, since 2018, retaliation charges have made up the majority of discrimination cases filed with the EEOC each year.

As such, one of the most important things you can know as an employee is the definition of unlawful retaliation. If your employer is violating your rights, you have legal recourse — but you need to take action to pursue that recourse.

Breaking down the two elements of a retaliation claim

West Virginia state law provides additional protection against retaliation. For instance, it's illegal in West Virginia to retaliate against an injured worker who files a workers' compensation claim. Some laws protect employees in specific professions; for example, under the West Virginia Patient Safety Act, healthcare workers are protected against retaliation for raising good-faith concerns about patient safety or care.

An attorney can help prove retaliation in the workplace

That's why it's incredibly important to produce evidence (such as positive performance reviews or positive feedback from your manager) that can help show your employer's stated justification is pretextual; that is, something they made up to justify an act that was actually for an illegal reason.

That's why it's so important to work with an employment law attorney who has experience navigating retaliation claims. We know how to investigate, get to the bottom of what happened to you, and build a case to protect your rights and pursue full recourse under the law. If you believe you've been retaliated against at work in West Virginia, contact Klie Law Offices for a free, confidential consultation.