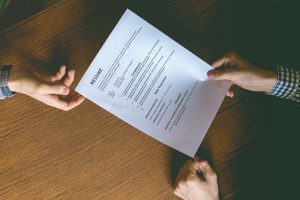 A recent study finds that racial discrimination in hiring is as prevalent today as it was in the late 1980s. This research only confirms what too many West Virginians have learned the hard way: racial bias is a very real challenge for the career advancement of minority applicants. Read on to learn more about the findings of this and other studies, legal rights in the employment relationship, and the legal remedies available for racial discrimination in West Virginia workplaces.

The study was a meta-analysis performed by researchers from Northwestern, Harvard and Norway's Institute for Social Research. Vox reports that the team examined every available field experiment on racial discrimination in hiring practices performed between 1989 and 2015. The researchers analyzed data from twenty-four studies and concluded that bias against black applicants has remained unchanged since at least 1989. Bias against Latino applicants was found to have possibly decreased, but only modestly.

There are some things this study can teach us, but many more it cannot. The study only examined discrimination at hiring. It cannot, therefore, draw conclusions about discrimination in work environments. It also only examined research from 1989 and later, and thus missed important changes that came about during the Civil Rights Era of the 1960s and 1970s. Perhaps the most critical point to be learned from this study is that racial discrimination in hiring practices still exists, and employers are not doing nearly enough to stop it.

The West Virginia Human Rights Act affords West Virginians the legal right to equal access to employment, places of public accommodation and housing accommodations. The statute defines these opportunities as human rights which cannot be denied on the basis of race, religion, color, national origin, ancestry, sex, age, blindness or disability. The statute also creates the West Virginia Human Rights Commission and gives it broad authority to promote its goals of equal access to employment opportunities. Applicants who believe they have been discriminated against in the hiring process may file a complaint with the Commission. They may also seek other legal remedies, such as a civil lawsuit or a complaint under a municipal ordinance.

The United States Equal Employment Opportunity Commission also enforces federal laws prohibiting racial discrimination in any aspect of the employment relationship. This includes hiring, firing, payroll, job assignments, promotions, layoffs, training, fringe benefits and any other term or condition of employment. Employees who have experienced violations of federal employment law have a separate set of federal remedies. They can file complaints with the Equal Employment Opportunity Commission, file lawsuits in federal court, and access other federal remedies, which are often more powerful than remedies available under state law.