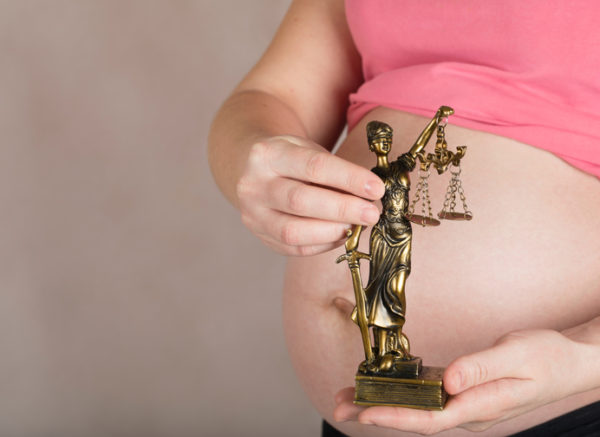 Ford Motor Company is accused of violating federal law when the company allegedly refused to hire a woman because she was pregnant.

The lawsuit against Ford was filed by the U.S. Equal Employment Opportunity Commission (EEOC). They claim Ford violated the Civil Rights Act and the Pregnancy Discrimination Act during a round of hiring in 2019 at an Illinois stamping plant.

The EEOC represents the government and seeks to uphold and enforce the law. The commission and victim often have similar, but not the same, hopes for the case's outcome. The EEOC works to uphold U.S. law. To get what they personally need out of a case, victims of discrimination often hire attorneys to fight for their best interests. In West Virginia, Klie Law Offices is an anti-discrimination law firm with a passion for delivering justice.

In June 2019, a Chicago woman received a conditional offer for work if she passed background and security checks as well as a physical, the lawsuit says. During her pre-employment physical, she told the company doctor that she was pregnant. Although the doctor had cleared her for work, Ford never scheduled a start date, the lawsuit alleges. The woman called the company for weeks asking for a start date, but was given various excuses, the EEOC claims.

Then, two months after the visit with Ford's physician, she was told Ford is not hiring anymore. Meanwhile, other people who received conditional job offers around the same time did get start dates. The lawsuit alleges the woman was not given a start date primarily due to the fact that she was pregnant.

In a statement to the Chicago Tribune, a Ford representative says that, in general, the automaker does not discriminate against pregnant women and that the company is committed to supporting diversity.

The EEOC says attempts to settle the allegations pre-litigation did not succeed. The commission is seeking back pay, compensatory and punitive damages, as well as injunctive relief.

Anti-discrimination laws apply to situations that include:

The penalties for violating discrimination laws include fines, restorative justice, and financial awards to the victim. The cap on compensatory (actual) and punitive (emotional) damages is $300,000. The final amount of a settlement or verdict may be affected by other case factors. In some cases, there can also be the award of "liquidated" damages, typically equal to back pay.

Do not accept bias, fight back

It's not always easy to tell when workplace discrimination is happening. Oftentimes, biased people try to hide their terrible behavior. They may gaslight their victims, attempt to hide malicious actions behind plausible excuses, destroy evidence, and bully others into covering for them.

If you think or know you are being discriminated against, you do not need to accept the situation. You have rights. Our law firm can help you realize the gravity of your situation, the value of your claim, and your legal options.

We are familiar with all of the ways biased people try to conceal their deeds. We know how to break through obstacles to get to the truth and collect strong evidence to support your claim.

Contact us today at one of our offices in Buckhannon or Parkersburg to learn more about how the law applies to your case and what our attorneys can do for you.