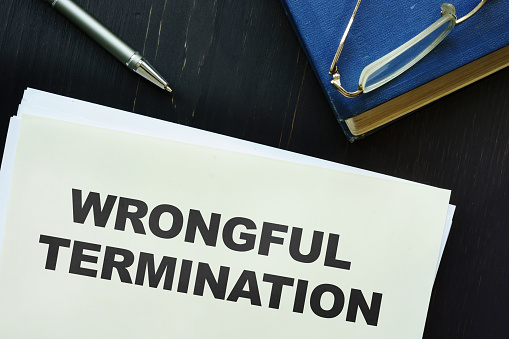 An employment attorney in West Virginia reveals what you should know

Nobody wants to be fired from a job. Sometimes, an employer has a good reason for terminating employment. And in “at will” states such as West Virginia, employers can fire workers at any time. But in some cases, a firing was done in violation of state or federal rules and regulations. In those cases, a person may be able to file a lawsuit for wrongful termination.

A former assistant police chief in Prescott, Arkansas says he is planning to sue the city for wrongful termination after losing his job.

Alex Gamble was assistant chief of police with the Prescott Police Department and was named Officer of the Year in 2020. He said he thinks the trouble started after he applied for the position of chief of police. Gamble said he does not believe the selection process was fair.

The city chose Ann Jordan to be the new police chief. She had worked as a police officer in the past. The problem was that she had let her license expire and was no longer certified to be a police officer.

For the previous 10 years, Jordan had worked at city hall for Mayor Terry Oliver.

In May, Police Chief Ann Jordan was at the police training academy in Little Rock, trying to get re-certified as a police officer.

Gamble said Jordan called him from Little Rock to ask about the arrest of three men who had failed to register as sex offenders. Gamble said she was not happy and was looking for Detective Colby Tillman, who had made the arrests.

One of the men arrested was a relative of the police chief, Gamble said.

Gamble then got a letter from the mayor informing him that his job had been terminated.

"The arrest was made on a Thursday and that following Tuesday is when I was forced to be terminated or resign," he said.

Gamble said he believes the arrest of the chief’s relative was the main reason he lost his job. He said he has hired a lawyer and plans to take legal action.

There are many legal issues related to wrongful termination. One of these is retaliatory termination. In general, an employer can’t fire someone as punishment for taking certain actions.

But proving wrongful termination can be difficult. That’s why it’s important to hire an experienced employment lawyer. An attorney can review employment records, investigate the circumstances of the termination and file a complaint with appropriate state and federal agencies, as appropriate.

The attorneys at Klie Law Offices have been serving clients in Buckhannon, Parkersburg, and throughout West Virginia since 2005. We handle cases involving many employment law-related cases, such as wrongful termination. We fight to make sure your rights are respected and work hard to successfully resolve your case.

Learn more about how we can help. Contact us today to schedule a free case evaluation.