866-408-9059
Home > Blog > Dozens of Google workers: We were retaliated against for reporting harassment

Dozens of Google workers: We were retaliated against for reporting harassment 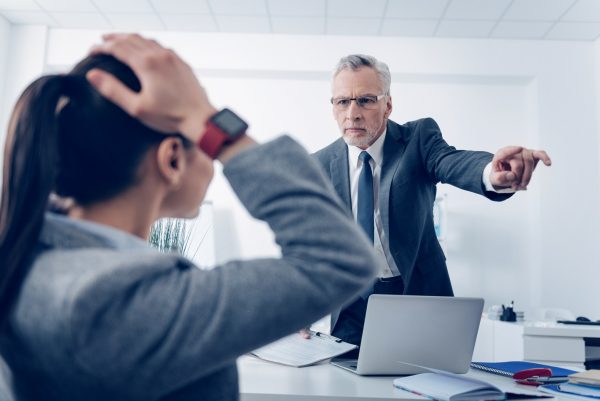 Google employees said that after reporting sexual harassment and other problems, the industry giant retaliated with negative job reviews and demotions.

The culture of retaliation at Google resulted in employees suffering mental health and medical issues,  in addition to career punishment, like being dropped from desirable projects, they said.

The allegations of workplace retaliation for reporting harassment — which Google officials disputed — were discussed in a post on news website vox.com.

Google has over 103,000 employees, according to CNN. Other news outlets have said Google also employs thousands of additional people in temporary and contractor roles.

While the company was long known as a top place to work, with perks like complimentary gourmet lunches, the CNN story said, ”a darker side of its corporate culture has come to light.”

Employees walk off the job following incidents of harassment

In November 2018, over 20,000 Google employees around the world walked off their jobs to protest that Google had paid out over $100 million to multiple executives accused of sexual harassment in the workplace.

The tech giant responded by apologizing. Google said it would overhaul sexual misconduct policies and be more supportive of workers who raise concerns about problems at work.

Workplace retaliation for reporting harassment continues at Google, however, according to a dozen current and former employees.

The company continues to conceal rather than confront issues, especially when the problems involve high-ranking managers or high-stakes projects. Issues range from sexual harassment to security concerns, the current and former Google workers said.

In July 2019, Wired magazine reported that four of the seven Google employees who organized the 20,000-employee walkout had quit. Two of the four were women who said Google had retaliated against them for their activism.

Google said it investi­gated the claims of workplace retaliation for reporting harassment and found no evidence of retaliation.

Google workers’ harassment claims shared a pattern. An employee would raise a concern to the human resources department or to their supervisor. Punishment like negative performance reviews, demotions or being dropped from projects would follow. Investigations by the human resources staff could last for months while employees were forced to continue working with their alleged harassers.

Google said such assertions were false. If an employee who files a complaint is uncomfortable working in a position while the investigation is open, the company can move them to a different position, when possible.

Some employees said they suffered mental health or other medical issues as a result of retaliation, which often weakened their work performance. Many said their career growth slowed or stalled after they alleged mistreatment at work.

Google was known as having an open work culture, and this openness was seen as a reason employees felt they could be public about complaints aimed at Google. In August 2019, however, Google established new policies warning employees that their primary responsibility is to do the work they were hired to do and not spend working hours on non-work topics.

The new rules were seen as a big change for Google.