What impact has the #MeToo movement had on the workplace? 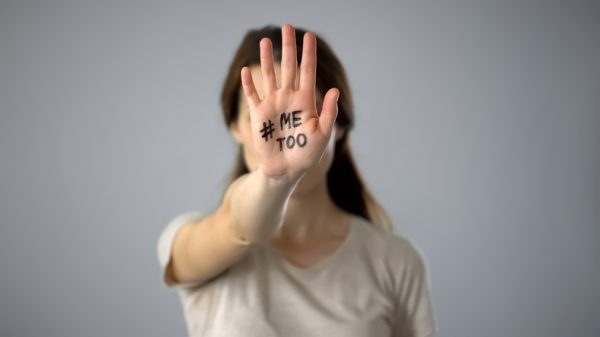 It's been two years since the #MeToo movement swept across the United States, forever changing how workplace sexual harassment is handled. In a radio interview on West Virginia Public Broadcasting, host David Greene interviews victims and other people involved in the #MeToo movement.

The interview sheds light on the impact the #MeToo movement has had on the workplace and allows some victims to detail the incidents that took place and the actions that were later taken.

Overcoming the challenges of speaking out

One woman who worked for TV distribution firm Olympusat — based in West Palm Beach, Florida — reports being sexually harassed by the company's CEO. After making a complaint to the company's lawyer about three years ago, no action was taken. She was then pressured to sign a confidentiality agreement. She refused to do so, and as a result, her contract was terminated.

The company's CEO claimed that she was fired for taking kickbacks. She clarified that she didn't take a kickback, but rather, "an unrelated contract with another firm."

Once the #MeToo movement began to pick up steam, the woman's confidence was bolstered — despite being up against a powerful executive. Many women who have faced sexual harassment and retaliation in the workplace have found relief and solidarity in openly talking about it. At the same time, many victims recognize the emotional and financial toll speaking out can take.

The former Olympusat contractor proceeded to file a lawsuit, in which she detailed the incidents of sexual harassment and retaliation.

Why are some afraid to come forward?

Currently, there is no available data that documents the outcome of #MeToo complaints. This is because:

In addition, there are still many who never come forward. According to a survey conducted by HR Acuity, nearly half of employees fear that if they report illegal or unethical behavior on the job, they will face retaliation.

Money is also a common pitfall for those who wish to pursue lawsuits. Many who work in low-paying occupations simply can't afford to get legal representation. In addition, they are more likely to face retaliation. That's according to Sharyn Tejani, director of the Time's Up Legal Defense Fund.

"For low-wage workers that can look like shifts being cut, being told there's no work for you, being assigned to a shift that earns you less money or being outright fired," said Tejani.

What's worse, many of those accused of workplace sexual harassment are also retaliating against victims by filing their own lawsuits. That's exactly what happened to a woman who worked as a voice actor for video games and anime alongside Victor Mignogna. The woman, along with several other victims, came forward on Twitter. After an internal investigation, Mignogna was fired.

Months later, Mignogna filed a lawsuit against the victims who spoke out on Twitter, but his case was dismissed. Victims were also harassed and received death threats from fans of Mignogna.

What are my legal rights if I experienced sexual harassment on the job?

Workplace sexual harassment is a despicable act that nobody should have to experience. If you were sexually harassed on the job, you have legal rights that must be upheld. It doesn't matter if the harasser is another employee or someone much higher up in your company. All perpetrators should be held accountable.

Worried about the cost of hiring an attorney? We offer free case evaluations and operate on a contingency fee basis. That means you don't pay unless we win your case. To learn more, contact us online.