Home > Blog > How hard is it to prove workplace age discrimination?

How hard is it to prove workplace age discrimination? 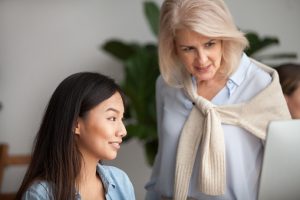 If you’re over 40, you face the risk of age discrimination in the workplace. You may get passed over when applying for a job, even though you’re qualified. You may get fired because your company can hire a younger worker for less pay. You may hear your boss make an offensive comment because of your age.

If you think there’s nothing you can do, think again. West Virginia workers have rights. You can file a complaint with the Employment Opportunity Commission. In a move that would make it easier for older workers to prove discrimination, the House Education and Labor Committee recently approved a bipartisan bill called the Protecting Older Workers Against Discrimination Act. The committee’s vote will be considered by the full House and the Senate.

According to CNBC, the bill would reverse a 10-year-old Supreme Court decision that placed the burden on workers to prove their age was the primary reason in the company’s decision to fire, discipline or not hire them.

Lawmakers are considering the bill at a time when the workforce is aging. It’s clear that more and more people want to work later in life. CNBC notes that workers over 55 years old will make up more than half of the 11 million jobs expected to be added over the next seven years. What’s more, many workers are postponing retirement until after 66 years old.

They always face the possibility of workplace discrimination. A study by ProPublica and the Urban Institute concluded that over 50 percent of full-time workers between 51-54 were forced out of their position at some point and either dealt with long-term unemployment or significant cut in pay for years.

Types of age discrimination in the workplace include but are not limited to:

What to do if you face age discrimination

Age discrimination in the workplace can turn lives upside-down. If it happens to you or a loved one, don’t simply accept it as part of life. You will need to take aggressive action to protect your rights. Our experienced employment attorneys know how to stand up to employers who discriminate. They may deny doing anything inappropriate, but we will uncover the truth by conducting a comprehensive investigation.