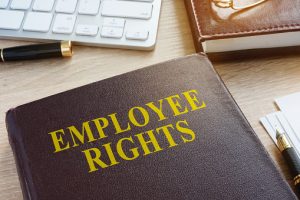 Since 2016, a legislative tug-of-war has ensued between West Virginia’s unions and GOP lawmakers over the state’s right-to-work law – also dubbed the “West Virginia Workplace Freedom Act.” The law was initially passed in February 2016 and took effect in July of the same year – but not before a slew of labor organizations sought a preliminary injunction to the state court prohibiting enforcement of the law.

The three-year legislative battle has generated some confusion regarding the right-to-work law and the protections afforded to non-union workers. The law was recently overturned by Circuit Court Judge Jennifer Bailey, who claimed that it enabled non-union workers to receive union benefits without paying dues.

What is the right-to-work law?

The West Virginia right-to-work law (§21-1A-3) not only grants employees in the private sector the right to organize, form, or join labor unions for the purpose of collective bargaining, it prohibits unions from forcing non-union workers in unionized workplaces to pay fees.

The right to work law may be beneficial to workers who don’t want to compromise their paycheck for union dues, which can be as much as 3.5 percent of a worker’s take-home pay. Additionally, the law:

That state law applies to most workers except for federal employees, airline or railroad employees, or employees constructing property subject to federal jurisdiction. Additionally, it only applies to collective bargaining contracts active after July 1, 2016. Workers who entered contracts on or prior to June 30, 2016 must continue paying union dues or nonmember fees until the contact expires.

Under federal law (5 U.S.C. § 7102), those employed by the federal government are afforded the protections of the right to work law unless they join a union voluntarily (39 U.S.C. § 1209(c) for postal workers). Additionally, any benefits provided by federal employers – such as wages, vacation time, pensions, and health insurance – are not impacted if workers choose not to join a union.

West Virginia railroad and airline workers are already covered by the Railway Labor Act (45 U.S. Code § 151), which means that the state’s right-to-work law doesn’t apply. Moreover, railroad and airline workers are only required to join unions or pay union fees if such provisions exist within a collective bargaining agreement. Even if a provision exists, workers are, at most, required to pay union fees.

Unsure about your rights as a worker? Contact an attorney.

The current legal battle regarding West Virginia’s right-to-work law has rendered its meaning and validity unclear. If you’re employed in a unionized workplace and are facing disciplinary action because you chose not to join a union or pay union fees, it’s best to consult with an attorney who fully understands the law.

The legal team at Klie Law Offices will review the details of your case and handle all legal proceedings regarding your employer. To learn how we can help, contact us today for a free case evaluation.