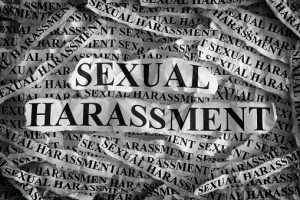 Sexual harassment has been, for too long, a matter that was addressed quietly, if it was addressed at all. This year, however, allegations have begun to come to light against men in positions of power in many fields of work. The entertainment industry alone is outing directors, producers, actors, and nearly every other position imagined. The voices of victims are finally being heard across the nation, going all the way up to the federal government itself. In light of this, the House of Representatives is finally acting to implement advice they received about sexual harassment concerns seven years ago.

According to USA Today, the House has introduced the 'METOO Congress Act (H.R. 4396),' which seeks to reform how members of Congress and their staff handle sexual harassment. One aspect of this reform would be required sexual harassment training, which the Office of Compliance has been recommending them to adopt repeatedly for seven years.

The Office of Compliance executive director, Susan Tsui Gundmann, stated, "Finally, somebody's hearing us...This is great that after seven years of making recommendations to Congress that we have been heard and they are undertaking the training."

The bill has endorsement from both sides of the aisle, as Speaker Paul Ryan (R-Wisconsin) and minority leader Nancy Pelosi (D-California) have both expressed support. The bill was introduced and referred to the House Committee on House Administration on the same day, a move that Rep. Jackie Speier (D-California), who led the push for the training, praised as hopefully speeding along the bill's passing.

The United States Senate is moving on similar steps, with our own Sen. Shelley Moore Capito (R-West Virginia) as well as Sen. Amy Klobuchar (D-Minnesota) taking the lead, according to NPR.

Other aspects of the Bill

Mandatory training is a start, but the bill goes much farther than that. It also changes the way sexual harassment complaints are handled by the Office of Compliance. The process, as it exists now, is accused of being long and confusing, without adequate protections for victims. The bill would grant them "whistleblower" protections, while making the accused more visible in the event of a settlement. Currently, if a member of Congress settles a harassment claim, the money to pay the settlement comes out of the U.S. Treasury. The bill, however, would force the Congressperson to pay back the money and include their name and the settlement amount on a public website.

It is encouraging to see Congress taking steps to protect victims of sexual harassment and hold their attackers responsible for their actions. In the wake of this and the body of accusations coming to light, we hope to see significant change echoing into workplaces all other the country. We need to push hard against sexual harassment now instead of letting things go back to how they were before once national attention wanes. If you are the victim of workplace sexual harassment, we encourage you to consult with lawyers experienced in fighting this battle and make your story heard.