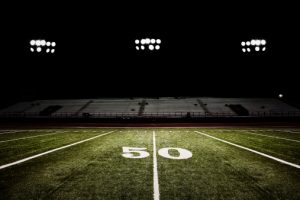 Whenever drivers are at an increased risk of becoming injured in car accidents, motorists need to be informed about the added dangers so they can take safety precautions. During the fall and early winter, there is one big risk factor motorists need to know about: football season.

Football season runs from Thursday September 10, when the first professional game was played, all the way through February when the Super Bowl takes place. Those who follow the Pittsburgh Steelers, Cincinnati Bengals or West Virginia Mountaineers will get to enjoy several months of football games on weekends throughout the season.

The risk of being involved in impaired driving accidents during football season is significantly greater as compared with most other times of the year when there are no special events or sporting events.

One state Department of Transportation conducted research into football season crash risks after realizing football game days are some of the days of the year with the largest amount of alcohol consumption. Research found on days when football games were taking place, there was a 13 percent increase in arrests of impaired drivers.  The same research revealed a 41 percent increase in drunk driving fatalities on the day the Super Bowl is telecast.

Mothers Against Drunk Driving also warned of nationwide dangers on Super Bowl Sunday.  While normally an average of 31 percent of deadly crashes which happen every day involve an impaired driver, the number is much higher on the day of the Super Bowl. On that Sunday, 43 percent of deadly motor vehicle crashes involve a driver who has consumed too much alcohol.

Football fans often consume alcohol whether they attend a game at a stadium or watch the game at a bar or the home of a friend or family member. Around 45 percent of people who drank and watch football games said they consumed three or more alcoholic beverages over the course of the game.

ABC News also reported one in 12 tailgaters who spend time in the parking lot before the game ends up legally drunk by the end of the game. This means having a blood alcohol concentration limit (BAC) of .08 or above.  Fans 35 and under who attended football games were eight times as likely as older fans to have consumed excessive amounts of alcohol, but tailgaters were the highest risk fans. Tailgaters were 14 times as likely to be drunk as other football game attendees.