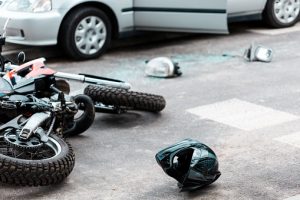 As spring and summer weather arrives and makes it more pleasant to be outdoors, many more people will be getting on their motorcycles to enjoy riding season. Whether motorcycle riders ride for pleasure or for commuting and practical purposes, motorcyclists are more likely to be on the roads during the warmer months. Unfortunately, with more motorcycle riders on the road, this means there will be a greater chance of an accident happening between a motorcyclist and a car.

Just recently, once such accident happened with deadly results. WTOP reported a collision occurred on Route 28 in Short Gap within West Virginia. The collision caused the death of a man who had been visiting West Virginia from out of state. The man was identified as being 68 years old and was visiting from Pennsylvania at the time of the incident. He was taken to the hospital for treatment for injuries after the motorcycle accident, but he died at the hospital. He is one of may who will tragically lose their lives in motorcycle accidents in West Virginia.

If a motorcyclist is injured in an accident caused by the driver of another vehicle, that driver should become responsible to victims for covering losses.