50 Years Later, Women Still Not Paid The Same As Men 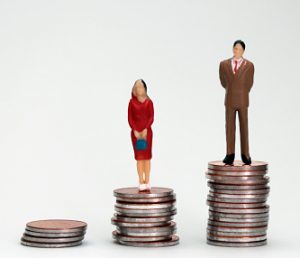 More than 50 years ago, legislatures passed a law requiring all employers nationwide to pay their workers based solely on their merit. Employers were no longer allowed to pay employees differently based on their gender or race.

Yet even now, half a century later, that law has somehow not taken effect in many workplaces.

The Equal Pay Act is law, so why are women still paid less?

Discrimination doesn’t just happen on payday. A recent study from Harvard, Northwestern University and the Institute for Social Research in Norway found that companies are less likely to call an applicant in for an interview if the name on their resume suggests that they are African American or Latino/a.

Equality is the backbone of our civilization. It is our duty as citizens to ensure that all are treated and compensated fairly. This is especially true in the workplace. Every employee, regardless of their background, must be paid the same amount as their fellow employees for the same work.

If you are concerned that you or a loved one has been discriminated against at work, contact Klie Law Offices. Our West Virginia workplace discrimination lawyers fight for the rights of every employee, regardless of who they are. You work hard. You deserve the same paycheck as your coworkers.

If you are facing discrimination, you are not alone. Our lawyers want to hear from you. Contact us today for a free consultation. We are here to listen.