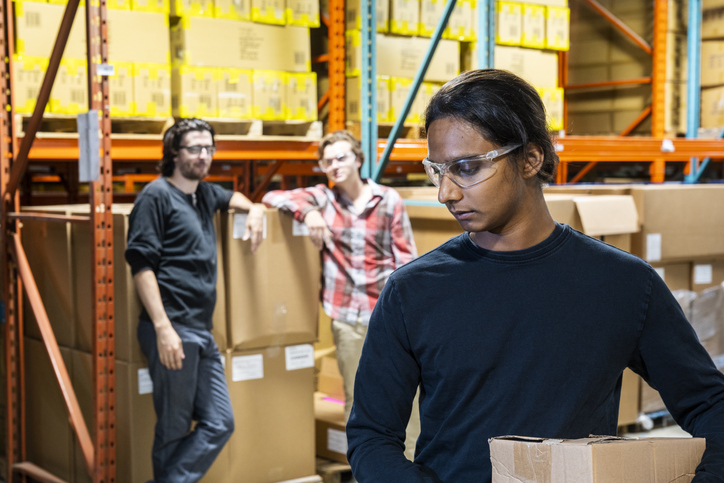 The treatment of black employees was allegedly so bad at a Tesla factory, people had nicknamed it "the plantation." In a reference to U.S. slavery, employees were also allegedly called "cotton pickers."

New details regarding allegations of a racist and discriminatory work environment at Tesla's Fremont, California, factory were recently revealed in new court documents. The papers were filed as part of ongoing efforts to launch a class-action lawsuit against the car manufacturing and technology company. An initial lawsuit alleging discrimination at the Fremont factory was filed by an ex-employee in 2017.

Earlier this year, a 500-page exhibit was filed to support the lawsuit. It includes statements from more than 100 former Tesla employees who say they were subject to or witness to race, gender, or age discrimination.

New court documents reportedly include allegations such as:

Headed by Elon Musk, Tesla responded to initial claims of discrimination in 2017 with a press release titled "Hotbed of misinformation." Tesla says it investigated complaints about hostile work conditions due to discrimination. The investigation led to several black and Hispanic employees being fired over allegations they used racial slurs and threatened violence, Tesla says. The statement includes an email from Musk to employees. It instructs employees to have "thick skin" and accept apologies when they feel excluded, uncomfortable or unfairly treated.

This email demonstrates a misunderstanding of the basic protections the law provides to U.S. workers.

How common is workplace discrimination?

Discrimination claims are complex. Employers rarely own up to their own ignorance, will frequently try to cover their misdeeds, and threaten employees to do the same. For those who do take action to protect their legal rights, employer retaliation is a common problem.

The federal Civil Rights Act and the West Virginia Human Rights Act protect workers from unlawful discrimination in employment, among other protections. In West Virginia, it is illegal to discriminate against someone in the workplace based on their:

Some people facing workplace discrimination think there's no way they can prove it because it was verbal or took the form of things that didn't happen, like promotions, tenure, or work privileges. But discrimination often leaves more evidence behind than people realize.

Evidence of workplace discrimination can include:

How an attorney can help

Whether you work full-time, part-time, on a contract, as a gig, freelance, temp, salaried, or hourly, all workers have rights. Unfortunately, sometimes you have to fight to protect those rights. One way to do that is by contacting a workplace discrimination and harassment lawyer who can conduct a thorough investigation and build an evidence-based discrimination claim on your behalf.

Klie Law Offices offers free case evaluations to workers whose rights may have been violated by their employer. When you call our law firm, a member of our knowledgeable legal staff will listen to what happened, answer your questions, and let you know how we might be able to help. We can explain how the law applies to your specific situation and outline your legal options.

Contact us to schedule a free case review today. We have offices in Buckhannon and Parkersburg, and we proudly serve clients throughout West Virginia.