Transgender Discrimination in the Workplace 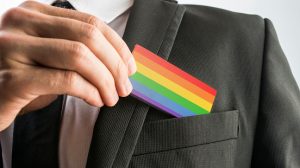 Recent reports have shed light on a problem many people have been facing for generations: adhere to the societal norms or risk losing your job. Despite the overall rise in LGBT acceptance, trans people still face discrimination in the workplace.

They are presented with an impossible choice. Act like the gender to which they were assigned at birth, or face discrimination and eventually unemployment.

How prevalent is transgender discrimination?

The numbers don’t lie. There are three times as many trans people in the unemployment line than cisgender people (that is, people who exhibit their assigned gender).

Roughly 29 percent of trans people in our country live under the poverty line. That number is staggering when compared to the overall poverty line in this country, which is only 12.7 percent as of 2016.

And a stunning 50 percent of people in the trans community also experience severe depression and anxiety.

To make matters more difficult for those in the trans community who are struggling to find work, there is a distinct lack of employment resources available to them. As one trans woman put it, “Don’t bother going through any recruiters because they’re not going to touch you. If they present a candidate that has any deﬁciencies, it reﬂects on them as a recruiter.”

One of the best ways to stand with the trans community as employers is to understand that there may be trans people working within your business, whether or not you know it. As employers, you must communicate clearly that your business is a safe work environment. Include all-gender bathrooms at work. Donate to organizations that fight for trans causes. Ask those organizations as well as your HR department or other experts for advice on ways to make your business a more open and welcoming place.

Trans people face a tremendous amount of pressure to deny who they truly are. The West Virginia workplace discrimination lawyers at Klie Law Offices believe that we all have a right to a work environment free from prejudice and inequality. Many states in our country have taken steps to become more inclusive, but there is still much more that needs to be done.

If you have faced workplace discrimination for your gender identity, contact our offices today. You don’t have to fight this alone.