In the past, divorce was only possible when one of the spouses was able to prove in court that the other spouse was at fault for causing the failure of the marriage. This forced many people to continue to live unhappy lives, trapped in loveless relationships or even victimized by domestic violence that they couldn’t or didn’t want to prove in court. However, like all states, West Virginia has passed laws that make no-fault divorce an option, making it easier for couples to end their marriages and enter a new chapter in their lives. 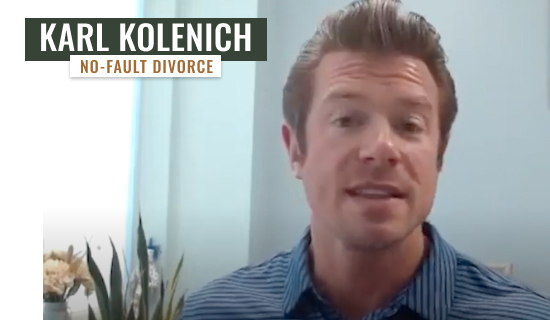 How do I file for a no-fault divorce in West Virginia?

To file for divorce without fault in West Virginia, you must file a petition with the court claiming that your marriage suffers from irreconcilable differences – that is, there has been a breakdown of the marriage that cannot be repaired. The court won’t ask for detail on what those differences actually are, so you can keep the reasons for your divorce largely confidential. Your spouse will also be required to file a formal answer confirming that this is true.

Alternatively, you can file a claim that you and your spouse have lived separately and apart for at least one full year, without any interruption and without cohabitation, which means that you must abstain from sexual relations with one another. If your spouse won’t agree that there are irreconcilable differences, living apart for a year is an alternative pathway to no-fault divorce. As a note, if you engage in a sexual relationship with another person during the period of your separation, you could potentially be accused of adultery and end up facing a fault divorce.

In either case, you must also prove that at least one spouse has been a resident of West Virginia for at least one year. The court can waive the residency requirement if your wedding took place in West Virginia.

Our law firm fights for your rights in divorce

While no-fault divorce makes it easier for you to file for divorce, that does not mean that the process of legally dissolving your marriage will be easy. A no-fault divorce simply means that you don’t have to prove fault or give detailed grounds for the divorce itself. You still need to work out the legal and financial consequences of the divorce. That means coming to an agreement on issues such as child custody, child support, spousal support and property distribution – or having them decided by the court if you can’t do so.

Whether you want aggressive legal representation in a contested divorce or if you want to use strategies such as mediation to pursue an uncontested divorce, you can find the help you need at the Klie Law Offices. Get an experienced West Virginia attorney on your side. Contact us online or give us a call today to discuss your no-fault divorce.